the UNCATEGORISED | DEAR THE SUN … An Open Letter regarding Mental Health.

I don’t read The Sun newspaper but you can count on it and like-minded tabloids to conjure up some buzz with their increasingly bizarre, careless and thoughtless headlines.

This week the daily UK red top posted this: 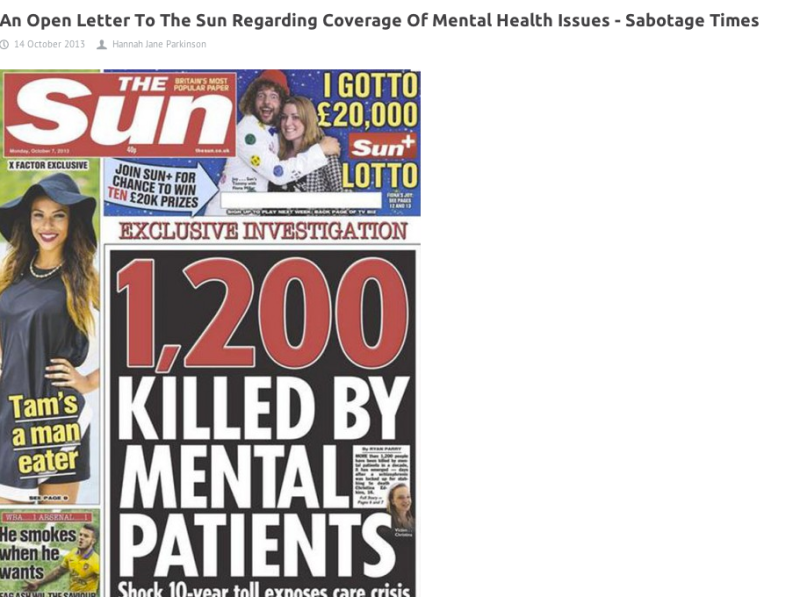 So in a year of Open Letters between people we are sick of hearing about, a mastermind from the Sabotage Times site, decided to have their say and penned a funny, provoking letter to the paper about an issue much more weighty.

I love it when the public fight back on issues that were once taboo; with the power of the internet, social networks and vast access for individuals to go and  find out more on topics beyond what the papers tell us to believe, we get frank and open discussions about issues that have been marginalised and reduced to baseless words such as the one used in this headline. I haven’t actually read the article, but the headline is so dangerous and misleading, I’m glad they’ll get called up on it.

the TELEVISED | West, One Way by The Solitaire.

Browsing one of my inspired go-to blogs the other day, I came across a beautiful time-lapse film called ‘West, One Way’.

The short was shot and directed by The Solitaire, who also happens to be the eldest son of the lovely blogger behind Vastly Curious‘; it’s a collection of vignettes from his journey driving cross-country in the US and the results are stunning.

I can’t stop playing it. It’s so simple, but cut to the gorgeous music perfectly. It reminds me of the Yosemite film that went viral last year. I think I need to pack a bag and head out west very soon.

West, one way. from The Solitaire on Vimeo.

– a child has a screening for signs of thyroid nodules.

As you may already know, documentaries this year at the Raindance festival, were strong contenders to those in the drama strand. I actually came away learning valuable things about people I would never have cared to know about. I was provoked into doing more digging into topics long after I’d seen the films.

The obscure title gives nothing away, especially if you’re not familiar with the subject matter. A2-B-C is the term used to reference the thyroid cysts and nodules found in the human body. In this case it’s attributed to the many children of Fukushima prefecture, eighteen months since the March 2011 Daiichi Nuclear Power Plant explosion, likely to be exhibiting the initial effects of radiation exposure.

The government wash their hands of any connection between the very serious long-term effects and the meltdown; the hospitals are turning distressed parents away; there is no authority figure taking responsibility and worse yet, no precautions in place to protect families from the radiation their living under today.

Nosebleeds are frequent, radiation levels are ten times higher than the average, and a supposed 44% of children are found to have thyroid cysts in their bodies – a 20% rise since 2011. Parents don’t want their children outside; the government has strict laws when it comes to school attendance and supplying kids with homegrown food – despite visibly cordoned off areas next to playgrounds and high contamination readings from water supplies.

Everything in Ian Thomas Ash’s film is speculative, it never tells us what to think, like him we are observing the very real dangers told through the angered, frustrated and scared perspectives of a group of mothers. Women who are made to feel like they’re stirring unnecessary trouble; who are unable to afford to pack up and leave; women who speak out because of their innate love their children and their country – and because no one is offering them answers. As much as this film gives the mothers a voice and asks nothing  of the audience in return, it’s not hard to be swayed by the information we are given. It’s actually common sense to expect more to be done within the two years of a nuclear explosion. Feeling segregated from the more affluent city of Tokyo and other prefectures, it’s all sounds a little too much like a deliberate large-scale experiment.

As one mother tearfully tells the camera, “[people have lost] …their sense of crisis” since the government is refusing to acknowledge any real dangers people are weary of fighting back. They are instead told to ‘remain composed’ and force-fed a slogan that absurdly asks the people of Fukushima to turn the clocks back – as if such a crass, poorly judged mission statement can stop or revert the damage yet to come for the children of Fukushima. The future of Japan.

A2-B-C is an expertly put together film and it’s a testament to award-winning filmmaker Ian Thomas Ash that he is given access to speak to these women and be allowed to be so apart of their daily lives. What I also love is that although Ash is not a native he can speak the language – a rare trait for any filmmaker coming from the west wanting to ‘make a change’. He’s invested in this culture; these women he’s filming, he’s actually listening – his voice is careful not to sway the conversation but respectfully prompts the subject to talk.

What you get is a filmmaker simply extending a message from those, who up until now have been stifled. It’s deeply sad, but the mothers of Fukushima’s desperate fight, to take matters into their own hands and get answers for themselves, is an admirable and fierce example of human empowerment. If you take anything away from this film, hopefully it’s a lot of anger and compassion. It was for me and now I’m part of a campaigning group to stop nuclear testing from happening – especially in the backyard of other human beings. 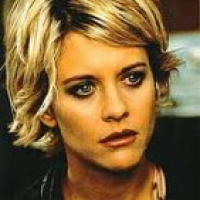 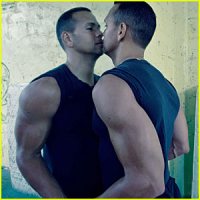 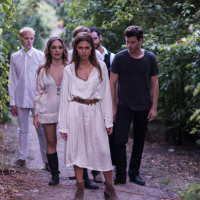 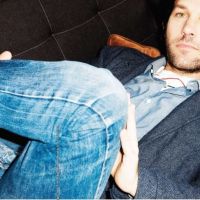