The Rise and Fall and Rise of: Mark Wahlberg

OK so here’s the first instalment in a long line of cases that I have noticed have a common trend, and for the better.

The Rise and Fall is my quick trash bash ‘analysis’ of various people, subjects and trends that I think have risen from the ashes like a Phoenix and almost always for the better  – take not LiLo, because I really hope you make it on here someday.

First up: Mark Wahlberg. Yes. Mark Wahlberg is quiet simply one of the best subjects to kick-start this thread, he has single-handedly* rocked his way up from early 90s , ahem, Rap artist, to Mark who? and then quiet fantastically became quiet a good and credible actor and producer. Lets begin.

Marky Mark b.1971, makes him what, 39? (wiki told me) little brother to (the oh so hot at the time when I was like 5, Donnie Wahlberg of NKOTB fame. Ok so good connections yeah? In fact it was Wahlberg elder who perhaps saved Wahlberg Jnr from the path of crime, according to GaydarNation Marky was:

taking out the eyes of Vietnamese refugees and spending a 45 day stint in prison for his trouble. Donnie was convinced there was more to his little Marky than a life of thuggery and racism and helped put together Marky Mark and the Funky Bunch.

The image is pixlated, I know,  but that’s because a clear image of all those biceps would kill you.

They had moderate fame, okay he had fame, but damned if he was taken seriously with predecessors a la Vanilla Ice casting a shadow over white rappers.

No amount of beautiful chiseled biceps could divert from the fact that in a time where black rappers were notoriously fighting  turf wars on and off the airwaves, Mr Wahlberg was never really going to be able to gain kudos for his efforts.

At this point however I do like to point out that he was the first M+M. Marshall Mathers is even starting to ripple up like the former, look

and while this is all very nice it will never amount to Marky’s multi-award winning abs. Someone even made a video about it! **

Then there was the stint of modelling for ”CK: Calvin Klein” (because that’s how they announce the brand on tv) with the lovely KM: Kate ….it doesn’t work but look — 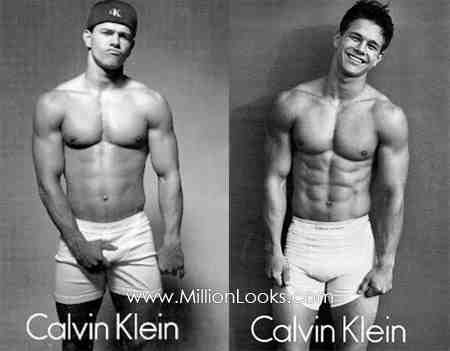 The 4th picture had to be added for the sake of it — look at the crotch grab – he a badass white mutha’ and the last…I can hear the advertising team ”we’ll take a clean-cut all American boy shot to put on the Uptown billboards, just in case”

I digress, much. So where did it all go wrong for this Billboard topping Wigga… from Boston B-town? Well as I mentioned, he wasn’t cutting it with all the ‘real’ rappers dominating the charts at the time, he was ‘WHACK’ and what’s more Donnie was like so much cooler being in the hotness of New Kids’ (personal preference okay …I still love you Joey…) and there was also the oh so sensitive issue of Homophobia after appearing in a video with definite homophobic Shabba Ranks – this wasn’t helped by Wahlberg’s obvious (perhaps due to age) awkward and side-step approach on the subject. Watch

Awkward to say the least, I remember I was watching, and I wasn’t even hitting double digits. Needless to say I think this is where he it started to go downhill on this side of the pond anyway, making room for cheeky boys, but more importantly less vocal,  and artists like … Take That. But as time passed, so did our love affair with Moesha extensions and the running man and in came the Brit Pop age (with a nod to grunge etc etc). Marky Mark was pushed off the covers of Smash Hits, in fact Smash hits was pushed off all together in favour of NME covers of the Cranberrys and Oasis. Over in the States, the rap war was more than just lyrical, and Marky Mark had no business rapping about Good Vibrations anymore. Exit stage right Marky Mark – Enter Boy Bands of the 90s.

It was the delectable film Boogie Nights (r.1997) that prompted scoffs and double takes ”wait..is that …Marky Mark? oh man this film is going to suck”

It didn’t, he didn’t and that’s pretty much the trend in the rest of his story.  Numerous films followed and with all-star credible actors sharing the screen with the bad boy turned good, the appropriately named actor Mark Wahlberg was fighting his way back in to our consciousness, with a new view on Gay issues ,apparently, and a new hair cut (which thankfully got cut off urgh)

One of my favourite  and enlightening Wahlberg performances? not Boogie Nights, no it was ‘I ♥ Huckabees‘ . It was during my Wes Anderson and all films like his  (sorry Noah) phase, and I seriously had new love and respect for him after he was in that. Mark was popping up in really good movies, not just any shit*** ,  he clearly had worked hard to rid himself of his former image by keeping low-key and just acting without the ego present that usually comes from musicians turned actors – the man even got a Oscar nomination for his supporting role in Four Brothers did he go to acting classes while he was away? that’s what I like to think, disciplining himself into honing the skill, like he does honing that body.

It doesn’t end there , at this point I truly can not get enough of the Wahlberg,  and I’m not alone. Me and a close friend, also a fellow HBO fanatic, have even taken to squealing, texting, verbalizing the sentence ”gotta love the Wahlberg, he’s just knocking it right out the park” (because we are HBO and we know how real TV creatives talk) all because the man is putting his newfound expertise and credibility behind some of the best (not arguable.FACT.) dramas on television right now. 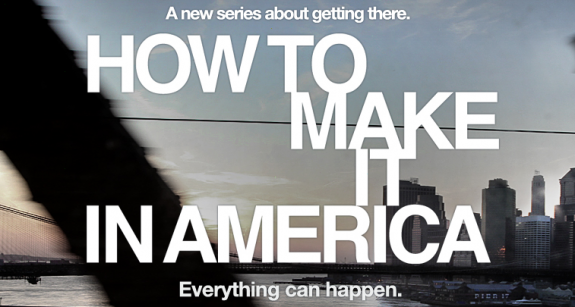 The man has done good. Seriously, can you imagine, that punk known for bearing his torso and wearing his jeans below the knee caps is Co-exec producing some of the best programmes on american TV alongside the likes of acclaimed directors like Scorsese ?  Americans love people who pick themselves up, someone who embodies the American Dream and all that Jazz – and I most definitely think Mark Wahlberg is a good example of second chances, not in the field he started off it either. The transition would not have been easy, even harder to win the role in a film like Boogie Nights I’m sure!

Here’s to you Mark Wahlberg – a Rapper, Actor and Producer. Jack of all trades, most definitely master of some.

*For the record I do not know Mr Wahlberg personally, thus I can’t really say ‘single-handedly’  – im sure others guided him to his current success – but it sounds better. And shorter.

**Though I love trawling the net and procrastinating,  I do not, nor will I ever put images together with a backdrop of literal music to then post it on YouTube. It’s not my video.

***Debatable obviously. But when you count The Departed, Huckabees, Four Brothers and Boogie Nights, he done good. FYI, I liked The Happening and I’m sure The Other Guys is what it is, without fooling ourselves its going to win an Oscar. 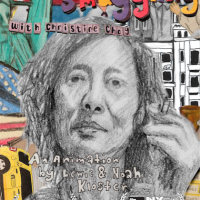